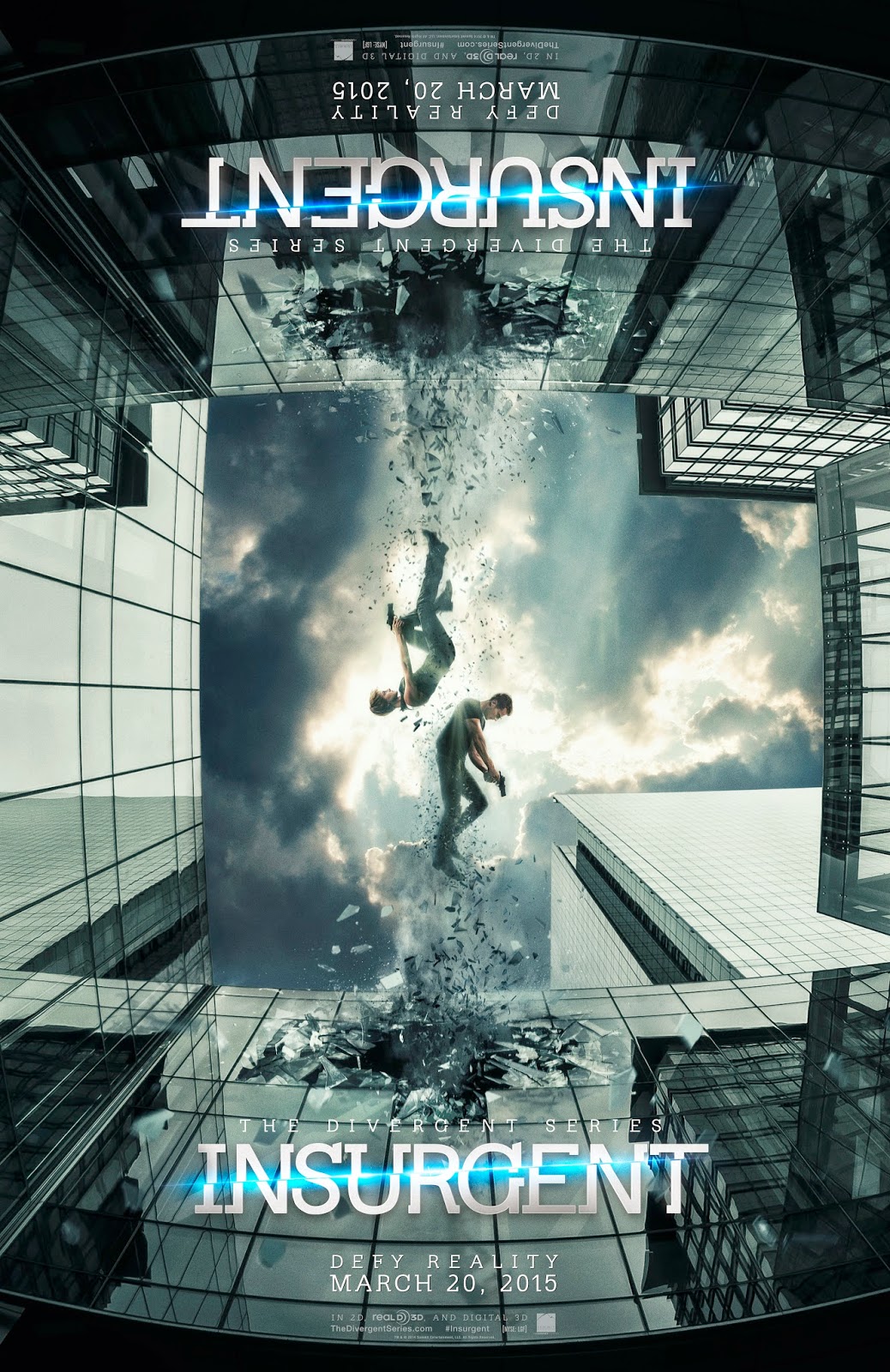 So far, this wins for most awkward movie title of the year. I guess the title so long since "Divergent: Insurgent" sounds like a joke, or maybe a Bob Dylan song. Anyway, I didn't set out to see this, but my daughter was into it, as she read and enjoyed the books, and also the first movie. I went in knowing not much more than to expect something like Hunger Games with Standardized Testing, and I had super low expectations. For the first half of the movie, my low expectations were met. Whether this was because I had no connection with the characters or because it was such a lot of corny nonsense, I'm not sure. Probably both. About halfway through, the movie started to win me over with a bizarre fight scene on a double-wide train. Not that the fight scene was very good (it was kind of silly and baffling, honestly), but because my mind was fascinated with the notion of a double wide train. See, there are four rails, and the engine, in the front, rides right up the middle, on rails 2 and 3, pulling two sets of freight cars on rails 1 and 2 & 3 and 4 respectively. I kept wondering.... could this work? Are there no trains going the other way? What would happen if this weird system went around a curve? Maybe I'm obsessed because I helped make this. Anyway, uh, after that, they finally started getting into the VR thing that is apparently the hallmark of this series. See, you plug a bunch of air hoses into your back, and, uh, somehow you float around and play videogames in your head. For reasons that are unclear, these mental videogames can kill you. Tris, our hero, spends a huge amount of the movie in fistfights, falling down stairs, etc., and never gets a scratch, and her makeup never smudges. But, man, when she plays a videogame, blood comes out her nose, her ears, all over the place. Anyway, the first half of this thing bored, me, but he second have interested me mainly because I like visualizations of futuristic videogames. And weird trains! So, uh, if you like those things, uh, maybe you'll like this?

Oh! I almost forgot. This movie is more evidence that young people are preparing for some kind of revolution. I don't think they know what kind yet... but they know one is coming. This article explains further.
Posted by Jesse at 7:01 PM