The Kinks are the Village Green Preservation Society 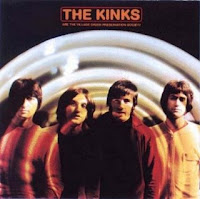 How have I gone my whole life without getting deeply immersed in the Kinks? I mean, I'd heard songs here and there, sure. But how did I miss this? The lyrics from the title track alone... 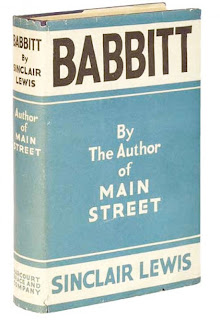 I had previously read Elmer Gantry, and thought it was magnificent, and Babbitt is just as good, if not better. It is amazing to me that something so modern was written in 1922. When I find something so sparking, so alive like this, from so long ago, it is a reminder that people simply don't change that much. The whole club scene culture celebrated by Ke$ha is just flapper culture all over again.

I hardly know what to say about this book. Parts of it resonated a bit close to home (Babbitt is in his forties, owns his own business, struggles with his bad habits, has a wife named "Myra", for God's sake). Parts of it were a really education into the culture of the time -- I'm not sure I've ever heard such a clear description of what it must have been like to have a dinner party during Prohibition in the 20's. All the clear descriptions of business travel by train made me realize that what goes on in airports today is so very similar to what went on in train stations a hundred years back. Consequently, I have a very different experience when I visit airports now -- it used to feel modern and artificial -- now, after reading Babbitt, it feels like I'm taking part in something old and venerated, tried and true.

In short, it is a story about a man so arrogant that he has never bothered to think for himself. But one day, he starts to wake up, and finds that modern society has him in a subtle trap that he is unable to get out of. I am tempted to say that it is the original mid-life crisis novel -- surely, "Rabbit, Run" is meant to evoke a connection to Babbitt. And American Beauty has certain parallels, as well. I kept wondering -- how can this thing possibly end? And I found the ending very pleasing, indeed.

As a footnote -- I listened to the Libravox recording by Mike Vendetti, and found his reading of it quite masterful. There are one or two spots where he trips over words, but, what do you want for free? It just made it seem more human to me. I guess I'll see if there is an audio version of Main Street!
Posted by Jesse at 4:30 PM No comments: