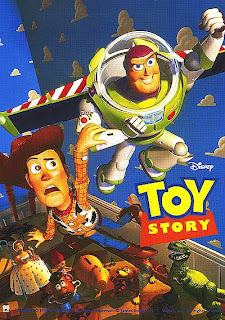 Of course, I've seen Toy Story before -- but it was the first time my daughter had seen it. And actually, this is the first time I watched it all the way through since we started the Toy Story Mania project way back in 2006. I had totally forgotten how dark it is. Not so much the stuff with Sid, but rather how ruthless Woody is. It is very much a story of Woody overcoming his demons. It's interesting to contrast the original movie poster (shown here) with the one that they put on the DVD box. It's interesting to reflect on the fifteen years that have passed since this movie came out. It's hard to believe that back then the idea of a fully CG film was such a novelty. I remember all the hype, and then the trailer came out, and I heard a friend say, "Oh... is that all? It's like Gumby." :) 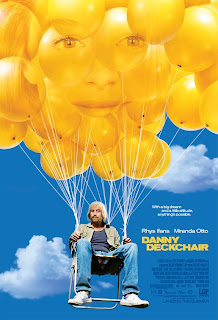 I think I heard about this movie from my Mom? I can't remember. Anyway, it is super cute, and super fun. It's a romantic comedy about a frustrated city dweller, who, through a bizarre accident, sails away into the sky on a bunch of balloons. He lands in a small town, and has adventures. It feels like a movie Frank Capra would have made, if he were living in the 21st century, and was Australian. Anyway, it manages to be both super corny, and thoroughly enjoyable. "I've got an idea -- how about a pancake breakfast in the carpark?" has becoming a running joke in our house.
Posted by Jesse at 11:39 PM No comments: