I can see why this was popular -- it certainly was a different sort of story, with a different kind of protagonist. It was told so beautifully, and so cleverly, but still in such a simple way. The bar for filmmaking is so very, very high now, it's intimidating!
Posted by Jesse at 11:58 PM No comments:

I had forgotten just how well-made this movie is -- there is not a wasted element throughout the whole thing. It was the first time my daughter had seen it, and she was rapt from beginning to end. It is clear, clever, and never talks down. I hope I can be brave enough to make something like this one day.
Posted by Jesse at 11:53 PM No comments: 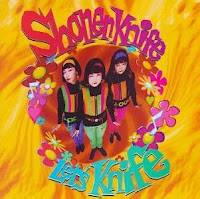 I <3 Shonen Knife! Imagine a Japanese girl band that loves the Ramones, and you pretty much get the idea. And they're right -- the best pot cleaner in the world is specially selected Tortoise Brand.
Posted by Jesse at 11:48 PM No comments: 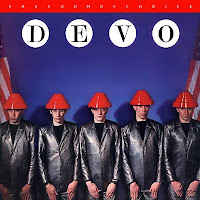 Yeah, Devo. Devo was the very first band that I followed seriously, starting maybe when I was fourteen. There is an argument to be made that Freedom of Choice was their best album -- not just because of Whip It, but because of under-appreciated songs like Girl U Want, Ton of Luv, and even the title track. It's so weird that being a geek is cool now. I mean, we had geek posers back then, I guess -- the ones who only read the interstitial stories of Godel, Escher, Bach, instead of the whole text.

Yeah, anyway, plastic hats off to Devo -- geek pioneers.
Posted by Jesse at 11:43 PM No comments:

Amusing Ourselves to Death 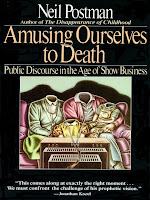 This book made a huge impression on me. Published in 1985, it is incredibly thoughtful for the time, and both prescient and useful for today. Stuart McMillen gives us an ironically pictorial version of the introduction here. Postman's general premise is that George Orwell's prediction about Big Brother destroying us was wrong, but that Aldous Huxley's prediction that too much entertainment and leisure would destroy us was right. Specifically, he argues that electronic communication plus television have destroyed our ability to think clearly, or to have rational discourse. His arguments are clear and cogent: the telegraph was the beginning of problems, flooding us with information that we mostly don't need, but feel the need to skim constantly. Then the appearance and dominance of television -- a medium dominated by images, but one where ideas are almost absent, or at least not discussed directly, because that's hard to do with images. Combine that with mass-market forces, and you have a recipe for decay of intelligent discourse.

He only has two suggestions, and has little faith in either: the first is that we educate children about the effect that medium has on message, and on discourse. The second is very surprising: parody! He suggests that if someone makes a genuine entertainment program that shows "the news" for what it is, people might have a chance of seeing the truth -- in other words, The Daily Show!

What the book was unable to address was the Internet, which has simultaneously inundated us with thousands of times more information, and also restored text-based discourse into our daily lives. It's quite a conversation to be had about what effect it has on discourse -- I think we're just starting to understand that now. I'm so very pleased that President Obama has been addressing the very issue of discourse lately -- I hope that people do start to take it more seriously.

Anyway, in short, this short book blew my mind, and has made me rearchitect my thoughts about all manner of things regarding media, thought, information, and "discourse" ... a word I seldom have used in the past, but now find myself using every day.
Posted by Jesse at 11:24 PM 2 comments: 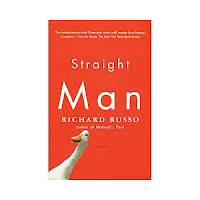 This novel maybe should have been funnier for me, but I think it hit too close to home -- it's about a professor in a small college in western Pennsylvania who is having a mid-life crisis. Throw in the fact that his only real success was the one book he wrote, and he seems unable to write another, and the whole thing is like someone's been spying on me! Anyway, the book is fun and funny, and a very fast read -- it's witty without being glib (ok, not too glib), and it proceeds apace. Despite its many laughs and witticisms, its message of slow decay was kind of dispiriting, I thought. Forget that stuff! I will not go gently into that good night. Well, ask me again in ten years!
Posted by Jesse at 12:20 AM No comments:

Wow -- this was a really wonderful movie. I like fearless movies, and this one was quite fearless indeed. The "What It Is" model of building around your visions was clearly at work here, and it made all the difference in the world. I actually came away from this feeling guilty for not making more of my visions come true -- I spend a lot of time working on other people's visions.

See, there's this whole responsibility thing with visions. It feels like you have to bring them into the world. It has nothing to do with money, at all. Which is the problem because so many of the visions require money to make them a reality. Maybe it is wisest to channel one's visions to things that require little funding, like novels and stories, and graphic art, as opposed to films and simulations. But it is funny, no one ever measures an artists success by how many of their visions they have brought to light. And more visions always come -- the responsibility never seems to end -- there are always visions that never got their chance. This whole thing is really important, and no one ever talks about it: The feeling when the vision comes, and whether it is a responsibility, or not, or what. And the feeling of making it happen, and the feeling when it fails. I'd really like to explore this more deeply.

Anyway, Ponyo got me working on my bird story again -- so thank you, Ponyo!
Posted by Jesse at 12:00 AM No comments:

I should have seen this ages ago, right? Anyway, I finally got around to it, and I liked it more than I expected. Nyra's reaction as we're watching it: "Hey! Is this why the interface on my Macbook is so messed up?" It's funny, I kind of think Phillip K. Dick would have liked this one. I wonder if the money would have changed him?
Posted by Jesse at 11:53 PM No comments: 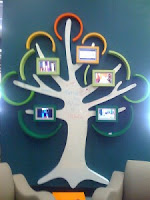 I'm overdue in posting about this! It was a wonderful project we did at the ETC, funded and organized by the MacArthur Foundation. The idea is this: libraries are in some danger of becoming obsolete. At the same time, there are areas, such as art and technology, where the public schools are failing. So, what if, the libraries could find a way to succeed where the schools are not? We created a space that is a fun, cool hangout, but that has all the tools for digital creativity, and the mentors to get the kids interested, and show them the ropes. We installed it in the Chicago Public Library this summer -- if it succeeds, the hope is that this will be a template for other libraries.

Absolutely everyone we worked with on this, from MacArthur, to the library, to the mentors, to Chicago Scenic Studios was top notch. It was an absolute joy to work on! Keep your fingers crossed for its long term success! You can see a video of it, and get lots of information here.
Posted by Jesse at 11:46 PM No comments: 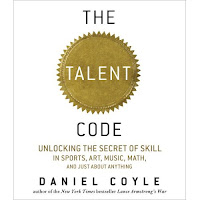 I really enjoyed this. It's an examination of how skills are learned, and it happens through a combination of talking to coaches at world-class talent hotbeds, and through an examination of our new understanding of how myelin works. The author provides a simple formula to create talent: "deep practice", which is focused, passionate practice at the limits of your ability, combined with "ignition", that is, a believable, crystal clear vision of what you can become if you try, combined with "master coaching." It is really hard to argue with, and is a great book to read alongside "Outliers." It was full of great stories, too. It's made me understand that my method of learning and practicing harmonica is a good one, and how to make it better. It's also got me returning to learning Latin, and justifies the Dowling method, which I'm using now. It even validates some of my teaching methods, and gave me ideas about how to improve them. All around, a good and useful book.
Posted by Jesse at 12:03 AM No comments: 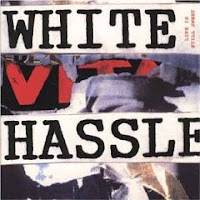 This is definitely one of my top favorite albums of all time. I could listen the Watertank song a million, billion times. I wish I could find more music by these guys!
Posted by Jesse at 10:44 PM No comments:

Lots of people panned this movie -- but I think that was probably all about expectations. Nyra and I liked it a lot. If you are expecting a comedy, this isn't really your movie. The most amazing part was Adam Sandler playing himself -- I really got the feeling that he might not be too different from the character in this movie -- if that's true, he's incredibly brave to play a role like this. And if he's not like that, then he's a really good actor! Sure, it kind of dragged at the start of the third act, but that didn't bother me somehow -- it gave me more time to spend with the characters.
Posted by Jesse at 10:40 PM No comments:

Like the original game, but easier to play with the whole family! It's amazing how well it works at crossing generation gaps.
Posted by Jesse at 10:37 PM No comments:

Peter Arno's Man in the Shower

More Peter Arno! It's funny how he keeps revisiting the same themes, and finds new ways to make them funny each time. It must be hard to make a living as a cartoonist.
Posted by Jesse at 10:33 PM No comments:

Peter's characters and situations are almost magical. The characters are so strong and interesting.
Posted by Jesse at 10:26 PM No comments: