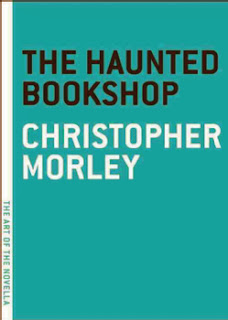 Argh... what a disappointment this book is. I had so loved it's predecessor, Parnassus on Wheels, and the notion that such a wonderful book would have a sequel where the same characters now operate their own bookshop, and that the sequel was much longer than the original -- well, I very much was anticipating a really wonderful experience. And... well... no. Perhaps familiarity breeds comtempt, but it is much more than that. The first book was such a wonderful fantasy... riding the rural countryside in a horse-drawn cart, selling great literature to one farmhouse at a time. The sequel is set in New York City, and while it starts with some high-minded discussion on the true value of literature and its relation to bookselling, it quickly devolves into a third-rate detective novel. Probably the best part of it are the little glimpses it gives into the daily life of 1919... yes, young men smoked pipes regularly. And yes, people would roast marshmallows over the gas jets they used to light their houses! Anyway, it was wonderful to see Roger Mifflin again... but it would have been nice to hear more from his wife, who, after all, was the protagonist of the first book. Honestly, what this needs is a third book to wrap it all up. Christopher Morley is no longer with us... but, wow, what a NaNoWriMo that would be!
Posted by Jesse at 10:19 AM No comments:

An Adventure in Space and Time 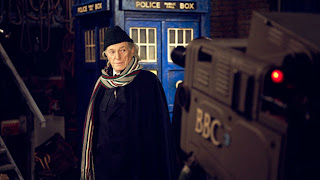 I've been a Doctor Who fan for a long time. Well, a relatively long time -- I came to the show kind of late, I didn't start watching it seriously until about 1978. In the past few years, I started collecting the DVDs from the beginning, and at this point have watched all the first and second Doctor episodes, and am into the third. I was very pleased that as part of the 50th anniversary of the show this weekend, the BBC produced this wonderful little movie that tells the story of William Hartnell, Verity Lambert, et al, creating Doctor Who. One thing that is singularly remarkable about the show is how much was defined in just the first few episodes. I was especially interested in the implication that the "surly doctor" from the pilot was Verity Lambert's mistake. Novices seem to so often create unlikeable protagonists, and then reverse that decision when it isn't working. Jason VandenBerghe once told me he thought that novices do this because it seems like such a fresh idea -- only later do they realize that no one does it because it doesn't work.

The best part about this for me was how much dignity it gives to William Hartnell. Nowadays, people often look back on Hartnell with disappointment. They accuse him of being egotistic and arrogant, mock his failing faculties and mannerisms, and shake their heads about the show being dull. What a refreshing relief to see Hartnell get his due, a respectful biopic that appreciates how difficult it was to create something that has lasted for fifty years, and will surely last for generations to come.
Posted by Jesse at 10:08 AM 1 comment: