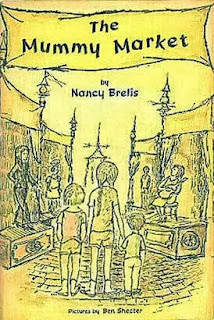 I last read this book maybe 35 years ago. At the time, it meant a lot to me -- I believe I must have checked it out from the Riverview School library at least three times. In any case, it made a deep impression on me. So many elements in it have haunted me my whole life -- the independent schoolchildren who manage to rid themselves of their cruel caretaker, the treehouse, the password, writing down instead of sideways, the search for their true mother, and most of all Mrs. Cavour. She is the elderly neighbor who serves as mentor to the children. In this book, I first learned about Latin, as Mrs. Cavour uses many Latin phrases in her Wisdom. Not too long ago I tracked down the magic chemistry set books, remembering that the old lady mentor in that book speaking Latin... but now I realize that the two characters became fused in my mind. Perhaps Mrs. Cavour's greatest piece of wisdom: "There is no joy in an unequal battle." What I remember most about this book is that it was the first time a book made me cry.

The most mysterious part of this book is the author. Nancy Brelis appears to have written no other books. The writing in the Mummy Market is beautiful and inspired. The inside of the book is like a holy place. It was published in 1966, and does not seem to have been reprinted. It was quite difficult (and expensive) to get my hands on a copy. How is it that the world did not embrace this magical book? Apparently, a movie of the Mummy Market was made, "Trading Mom", 1994, in which Brelis gets a writing credit. But who was she? Internet poking reveals her husband was a journalist named Dean Brelis, and they had a daughter named Tia Brelis who was the director of Trading Mom, but she appears to have directed no other films. and I can find no other information about any of these people. It's very strange. Perhaps, as Mrs. Cavour explains, it is an example of a contemporary enchantment. Perhaps we all knew who Nancy Brelis was, but have forgotten, somehow.

"Naturally you don't remember her. Memory would break the spell. That is the way of enchantment," said Mrs. Cavour. "When you do break it and get her back, you will remember quite clearly. She isn't lost, you know. Only mislaid."