Until now, I only kind of knew of Truman Capote -- I'd never read his work. This is such a beautiful story, and has such an air of truth to it. It says something so profound about the real relationship between men and women, how they see each other. I've never seen the movie, but, there is no way it can be anything like the book. I think the White Angel may have just become my cocktail of choice.

There were some wonderful short stories at the end of this, too. Truman Capote deserved to famous, without a doubt.
Posted by Jesse at 12:19 AM No comments:

My first encounter with Tom Stoppard was when my father took my brother and I to see a community theater production of The Real Inspector Hound -- I was maybe eleven, and I absolutely loved it. Now, I'd read part of R&G as a high school drama student, but it occurred to me a little while ago (as I was thinking about the right way to teach probability) that I only knew the first act, and I had no idea how it ended. It is fascinating, the way it defines reality -- how reality fades in and out as Hamlet comes and goes. I wonder if the Steve Martin / Robin Williams production is any good?
Posted by Jesse at 12:14 AM No comments:

This was a really fun idea -- a story spread over the web in a way that seems totally bizarre. And a tricky ending bit, too! You can check it out at blueful.com. It'll take you a minute to figure out, but you're smart -- you can do it.
Posted by Jesse at 12:10 AM No comments:

Race For Your Life, Charlie Brown! 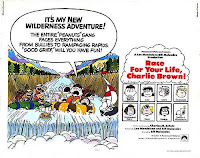 I have such incredibly fond memories of this movie from when I was a child, that I was almost afraid to watch it again, thinking they would be spoiled. How exciting that I liked it just as much, and to find that it was almost exactly as I remembered it! One minor exception to that -- the waterbed scene I remembered as being much longer -- I told that to Nyra, and she said, "Me too!" I guess because it was so funny and engaging -- it sure made Emma laugh! Maybe in 2038, she'll watch it again, and remember the waterbed scene being longer, too...

This movie meant so much to me -- there was something about the kids going off on their own for this strange adventure that was so exciting to me when I was eight years old. And there was something about the closing credits, where Snoopy rides off into a psychedelic sunset on his motorcycle, that just made growing up seem so exciting -- and filled me with confidence that I could do it, and that it would be amazing and powerful. The memory of seeing it with my Mom in the Denville theater is burned into my mind -- for some reason, we were both dressed up, and we were watching the late movie -- we didn't get out until 11pm -- I can see my red Timex watch still, since I'd never stayed up that late. I wonder why we did that?

I noticed in the closing credits that Phil Roman (of Simpsons fame) was co-director! It seems to have been the first feature film he directed.
Posted by Jesse at 11:59 PM No comments:

50 Games to Play with Your Dog 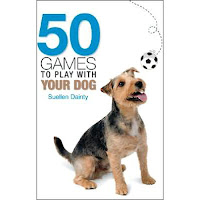 This is a book for, uh, people who need help playing with their dog. That's sad, right? I read it when I was trapped in a Petco on Valentine's Day for reasons I'd prefer not to detail. Mostly, it wasn't even "games", really, but rather activities, or tricks you could teach your dog. The number of games (mostly variations of "fetch") was actually pretty small. I guess it proves I'll read any book that promises new kinds of games!
Posted by Jesse at 11:53 PM No comments: 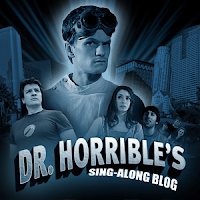 This was so beautiful -- it could have been longer, or full of gratuitous action, or all kinds of things, but it wasn't. Simple, short, to the point, but also not afraid to take its time. I think Nyra and I related to it too well... sometimes you have to destroy the world to save it.
Posted by Jesse at 11:50 PM No comments: 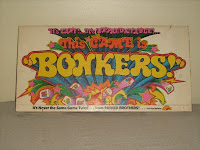 I hadn't played Bonkers! for thirty years! I got to thinking how much I liked it when I was in second grade, and so I ordered a copy on Ebay, now that my daughter is in second grade. It was even more fun than I remembered -- so elegant, and so well designed! See, you build up these little chains as you play (go forward 3, backwards 7, forward 6, etc.) and it just gets crazier and crazier the longer you play. My favorite part is that if you get into an infinite loop, you get bonus points!