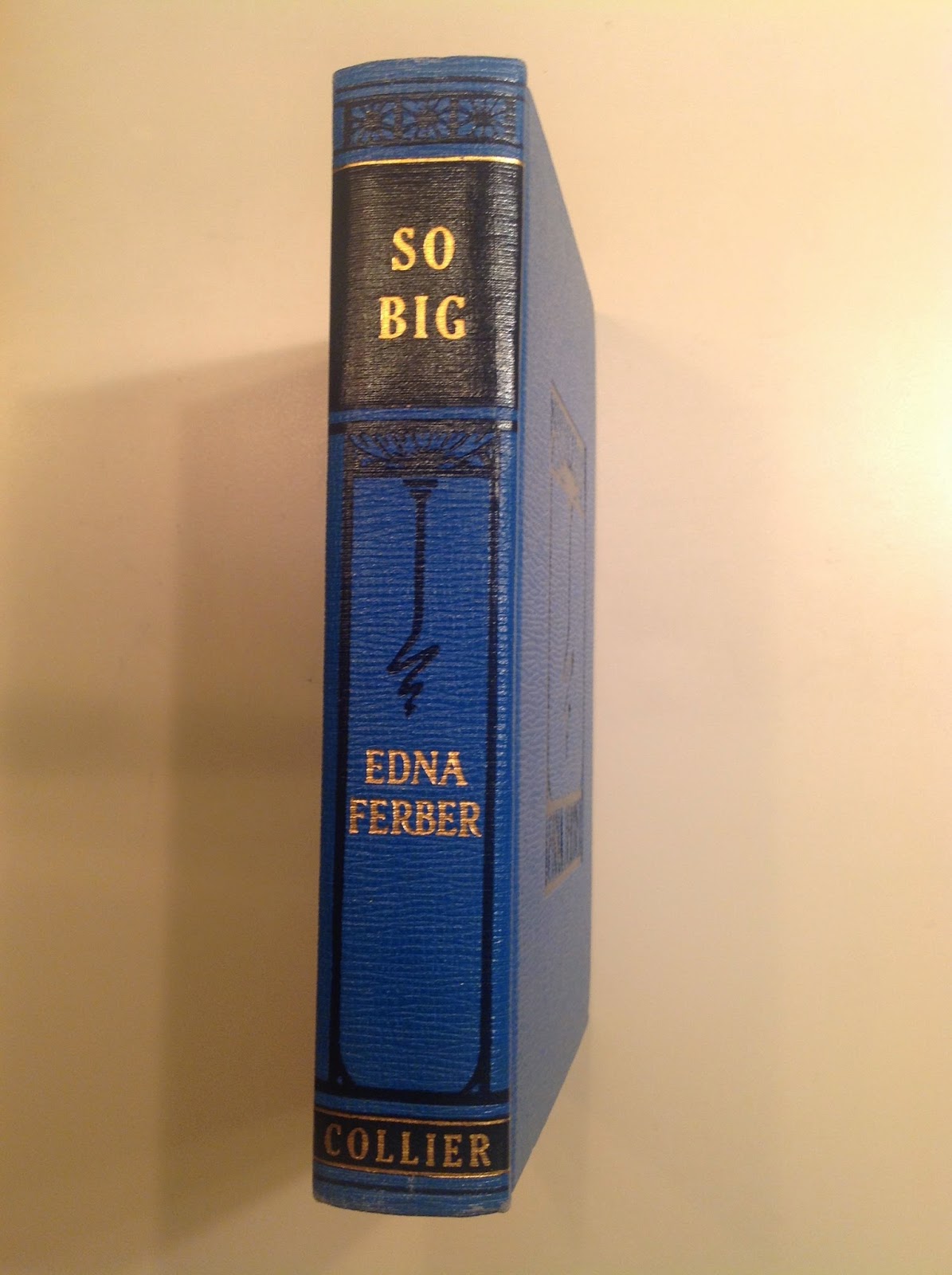 I first became aware of this book through various Looney Toon cartoons where it would figure as some kind of corny sight gag. It made me wonder what a book called "So Big" could be about. Then, a couple years ago, I listened to this TMBG song, which made me wonder why I didn't know anything about Edna Ferber. Then I realized she wrote Show Boat, which has always been one of my favorite musicals / movies, due to my fascination with Captain Andy. And then I found a cool six volume collection of her novels printed in the 1920's in excellent condition at Half Price Books. I think it was mis-marked... I think they were supposed to be $20 each, and instead, the whole set seemed to be marked $20. The clerk seemed to agree that this was an error, but there was no way to be sure, so she just let me have it. And the first novel in the set of six (they are ordered chronologically) is So Big.

I didn't know what to expect, but I certainly did enjoy it. It is a tale of a woman who moves from the city to become a farm wife, and "So Big" is the nickname she gives to her little boy. I am learning that children raised in difficult circumstances is a bit of a hallmark for Edna Ferber. So Big is very much about a woman trying to make it in a man's world, in this case, the man's world of running a farm, and selling what you grow in order to survive. The city to country motif has something in common with Main Street, but So Big is much more hopeful. It manages to combine the worlds of farming and art together, showing that they aren't as different as one might think.

What really won me over was chapter eight, which gets into the gory details of what it was really like to cart your crops to the big city, and fight for a space to sell them. From these details, it rises to something perfect, beautiful and unexpected. I would transcribe it, but to just see the words without experiencing the entire trajectory, well, it will just seem corny. In any case, that chapter won me over to Edna Ferber. She is excellent at bringing an intellectual and philosophical point of view to the most mundane activities -- and, of course, getting a window into the realities of nineteenth century life is always interesting to me. It's very easy for me to understand how this book managed to become a household name, and I'm glad that, for me, it has become more than a cartoon punchline.
Posted by Jesse at 11:16 PM