On Heroes and Hero Worship 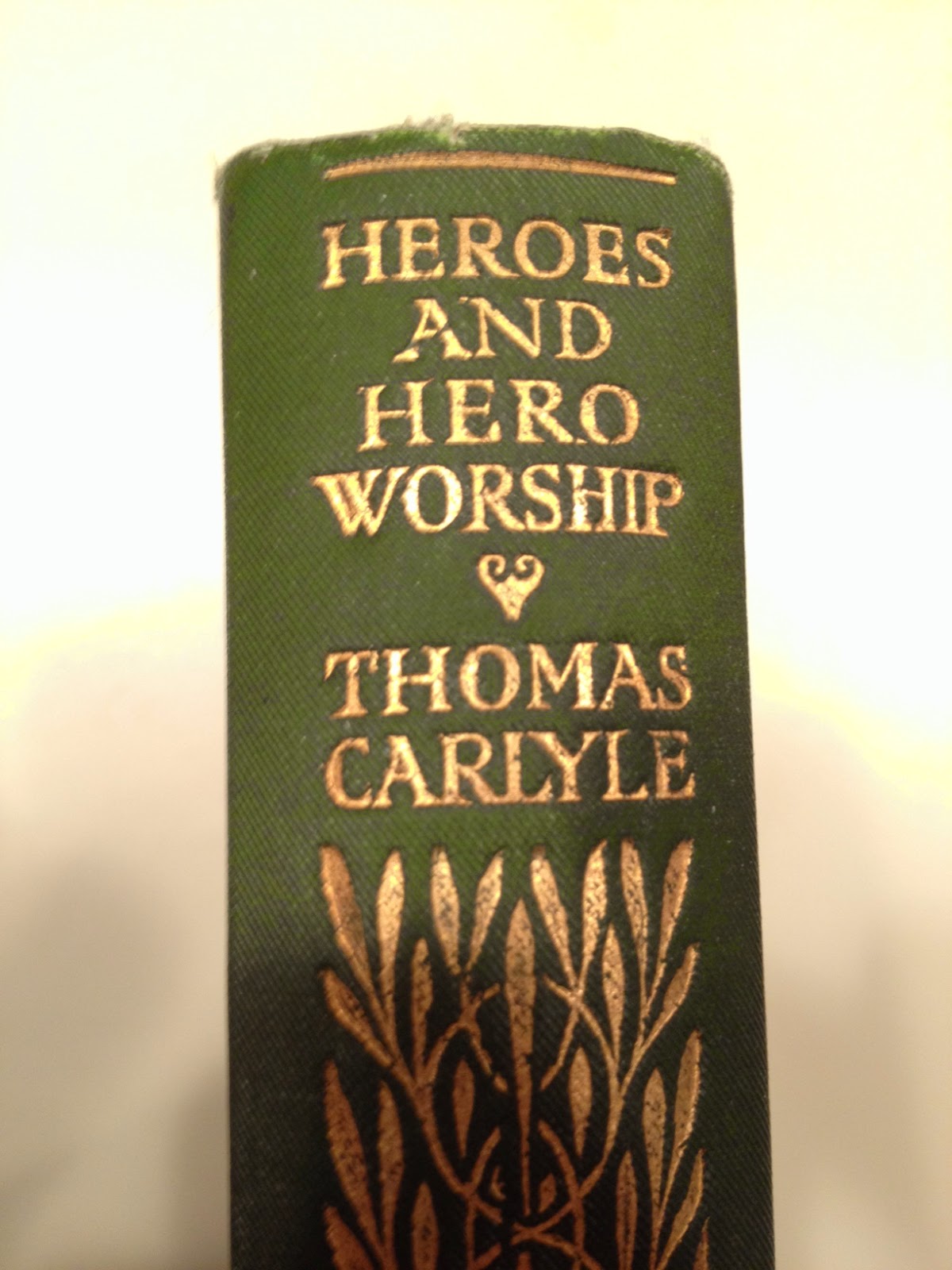 I'd never read any Thomas Carlyle before, but something drew me to this weird little volume. It is basically his transcription of a six-day lecture series he gave in 1840. Carlyle is fascinating. In some ways, he's clearly a quiet, bookish person... but when he really gets going, his chains of emotional logic become long and powerful. He has a power similar to Emerson, but unlike Emerson, who jumps around from idea to idea, Carlyle slowly builds to his points, and his points are powerful! The essays are an examination of different heroes throughout history. He starts with Divine Heroes, like Odin, then moves to Prophet Heroes, like Mohammad, then Poet Heroes like Dante and Shakespeare, then Priest Heroes, Scholar Heroes, and finally, Kings as heroes. His main conclusion is that we desperately need heroes in our lives. Near the end, he seems to believe that heroes and kings are basically the same thing -- kings that are not heroic are false kings, and heroes that have no kingly power are unnatural. At first this seemed a little silly to me -- but there is something very important about great men and women. We are moved by their greatness, and we want to serve them, we want them to lead us. It makes you look at things differently, when you consider every leader as a king or queen -- it gives a certain clarity, and in some ways, it gives the proper measure of responsibility to leaders.

I also got to know Carlyle a little bit, and I must admit I feel a certain kinship to him. I feel like he plans his talks a bit like I do -- working out a chain of logic that would sound crazy in a conversation, but in a lecture can work, as you gradually weave up a spell of logic around you, and bit by bit transport your audience to someplace they never imagined existed. It is what I try to do in my talks, and I could feel Carlyle doing it to me.

In short, I learned a lot of history from this little book, and I find myself now having a clearer idea about what heroism really means... that true heroes are not the ones who performed a single heroic deed, but rather the ones who have devoted their life to a cause, not caring if anyone follows them. Who else could be worth following?
Posted by Jesse at 12:12 AM